Are you facing a storm in your life---with no end in sight? Do your prayers for a miracle seem to go unanswered? Our guest knows how you feel! Sharing personal experiences, hard-won insights, and counterintuitive solutions, he'll equip you to not only endure, but also become stronger, wiser, and more at peace every day. Join us for a timely and encouraging conversation!

There is a war being waged all around us – a war that cannot be seen with human eyes. It is a deadly confrontation, resulting in fatalities of faith, prisoners of vain and hollow philosophies and constant haranguing by our adversaries. Don’t even think about giving up. Learn how to be a victor in battle. Come with any question you have regarding spiritual warfare and learn how to be an overcomer. 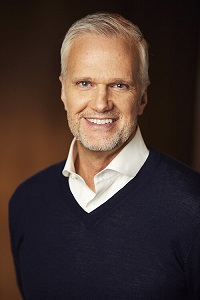 Dr. Ben Young is a writer and pastor at Second Baptist Church, a diverse, multi-ethnic church with over 20,000 people attending weekly services online and on six campuses throughout the city of Houston. The author of several books, including Room for Doubt, Devotions for Dating Couples and Why Mike’s Not a Christian, Dr. Young is also an adjunct professor at Houston Theological Seminary where he teaches homiletics, apologetics and practical theology. Born and raised in the Carolinas before moving to Texas in 1978, Young was educated at Baylor University, Southwestern Theological Seminary and Bethel Theological Seminary in San Diego. He has hosted a nationally syndicated radio talk show for years and served as chaplain for the Houston Astros.