The world today claims that your identity is entirely defined by you. As parents raising children in this world, how do we teach children the gospel and explain how it impacts gender identity? In truth, transgenderism is a symptom of a far deeper problem that only Jesus can heal. Learn how to guide gender issues with children with the perspective of the Gospel.

Join us to hear the true behind-the-scenes story of an undercover CIA agent! Recruited for a perilous mission, counterterrorism operative our guest wondered: Can I do this job? Did I misunderstand God's calling on my life? Do I have what it takes to survive? Learn how she faced a life-or-death decision---and discovered a faith greater than her fears. 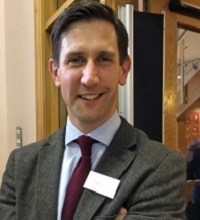 David and his wife Honor live in Dublin with their four children. He is director of Irish Church Missions (ICM), an Anglican Church planting mission agency, and along with ICM church families is exploring new church plants in the greater Dublin area. 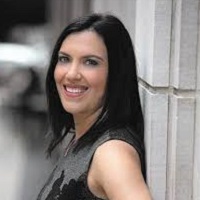 Michele Rigby Assad is a former undercover officer in the U.S. Central Intelligence Agency’s Directorate of Operations. Trained as a counterterrorism specialist, Michele served her country for ten years, working in Iraq and other secret Middle Eastern locations. Upon retirement from active service, Michele and her husband Joseph (also a former agent) joined a group of Americans who wished to aid persecuted Christians. Their efforts resulted in the evacuation of a group from northern Iraq that was featured on ABC’s 20/20 in December 2015. Michele holds a master’s degree in Contemporary Arab Studies from Georgetown University. Today she serves as an international security consultant, splitting her time between the Middle East, Florida, and Washington, D.C.