Best of In The Market: Consumed By Hate, Redeemed By Love

In 1969, while attempting to bomb the home of a Jewish leader in Meridian, Mississippi, our guest was ambushed by law enforcement and shot multiple times during a high-speed chase. Nearly dead from his wounds, he was arrested and sentenced to thirty years in the Mississippi State Penitentiary at Parchman Farm. Unrepentant, he and two other inmates made a daring escape from Parchman yet were tracked down by an FBI SWAT team and apprehended in hail of bullets that killed one of the convicts. It was then that he began a search for truth that led him to the Bible and a reading of the gospels. Hear the full story as we learn the power of true love. 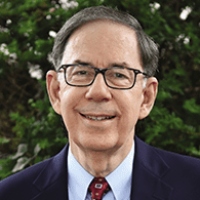