Through his death on the cross, Christ atoned for sin and so reconciled people to God. New Testament authors drew upon a range of metaphors and motifs to describe this salvific act, and down through history Christian thinkers have tried to articulate various theories to explain the atonement. While Christ’s sacrifice serves as a central tenet of the Christian faith, the mechanism of atonement—exactly how Christ effects our salvation—remains controversial and ambiguous to many Christians. Today our guest, a noted biblical scholar, with address the rich tapestry of the Old Testament imagery upon which the first Christians drew to explain how the sinless Christ saved his people from the guilt of their sins.

Hour 2: Why Should I Trust the Bible?

The Bible is a cobbled–together selection of ancient writings that have been changed so many times by so many people over hundreds of years that surely the text can no longer be trusted – right? Certainly, there are plenty of people who take this view. Today our guest will address the fact that the Bible is a difficult book to believe. It is full of incidents that seem highly improbable, if not impossible. Join us as we take a look at the claims of the Bible and discover they can be trusted. 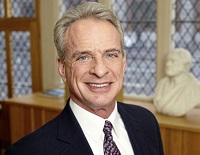 With graduate degrees in church history, philosophy, and theology, William Lane Craig brings a multifaceted perspective to the doctrine of the atonement. A professor of philosophy at Talbot School of Theology and Houston Baptist University, Craig is the author or editor of over 40 books, including The " Kalam" Cosmological Argument; Assessing the New Testament Evidence for the Historicity of the Resurrection of Jesus; Divine Foreknowledge and Human Freedom; God, Time, and Eternity; and God and Abstract Objects, as well as nearly 200 articles in professional publications of philosophy and theology. In 2016 he was named by The Best Schools one of the 50 most influential living philosophers. 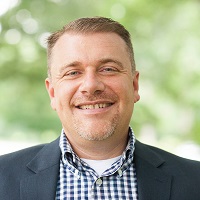 Timothy Paul Jones serves as associate vice president and professor of Christian apologetics at The Southern Baptist Theological Seminary, the flagship school of the Southern Baptist Convention and one of the largest seminaries in the world. Before coming to Southern Seminary, Dr. Jones led churches in Missouri and Oklahoma as a pastor and an associate pastor. He now serves as one of the pastors at the Midtown congregation of Sojourn Community Church. Dr. Jones has written widely in the fields of apologetics and family ministry. Charles Colson once listed Jones as one of "four names you need to know" when responding to the new atheists. Dr. Jones holds the bachelor of arts degree in biblical studies at Manhattan Christian College. He has also earned the Master of Divinity degree from Midwestern Baptist Theological Seminary and the Doctor of Philosophy degree from The Southern Baptist Theological Seminary. He has taught biblical languages at Midwestern Baptist Theological Seminary and at Oklahoma Baptist University, as well as lecturing on the reliability of the New Testament Gospels at the University of North Carolina (Chapel Hill) at forums sponsored by InterVarsity Christian Fellowship. Dr. Jones has been interviewed on numerous radio and television programs, including WGN Morning News, Fox & Friends, Crosstalk America, and Bible Answer Man.