Have you ever noticed that conflict is absolutely everywhere? Though we all want harmony in our relationships and our world, peace seems so hard to come by. Maybe for you, conflict looks like the latest culture war that relentlessly screams at you to pick a side, and you’re tired of all the fighting. Or perhaps it takes another shape, like a hot-tempered spouse, rebellious child, passive-aggressive friend, difficult church member, withdrawn roommate, or angry social media comment. No matter its form, conflict always finds us. And often, we let it overtake us. Join us to learn how to have a Christ-centered guide for turbulent times.

Hour 2: Fighting For Your Marriage

Like the serpent's whisperings in the garden, dangerous mistruths have arisen in our culture and churches about marriage. Our guest will shine a spotlight on these lies, explaining how destructive they are to marital bonds and revealing truths that can salvage foundering relationships and improve rocky ones. Come with your questions and learn how to save your marriage. 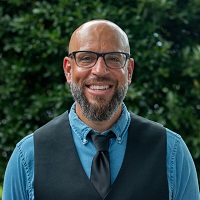 Tony Merida is the founding pastor of Imago Dei Church in Raleigh, N.C. He earned a Ph.D. in preaching from New Orleans Baptist Theological Seminary and serves as associate professor of Preaching at Southeastern Baptist Theological Seminary. Tony has published several books, including Orphanology, Faithful Preaching, Ordinary: How to Turn the World Upside Down, and Proclaiming Jesus. Tony also authored eight volumes in the Christ-Centered Exposition commentary series, of which he also served as a general editor, along with Danny Akin and David Platt. He also serves as Dean of Grimke Seminary, and as Content Director for Acts 29. 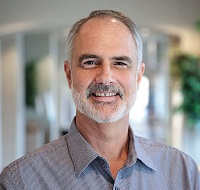 Robert Paul is the Vice President, Focus on the Family Marriage Institute. He is one of the founders of Focus on the Family's powerful Hope Restored program that ministers to couples experiencing marital difficulty. For over 20 years this program has served over 7000 couples from all 50 states and over 30 foreign countries. He holds a license in the states of Missouri, Georgia, and Michigan as a Professional Counselor. He is an accomplished speaker who presents regularly at professional conferences and enrichment events both nationally and internationally. Robert has appeared on numerous radio and television programs and has co-authored four books. In addition to the newly released 9 Lies That Will Destroy Your Marriage, he co-wrote The DNA of Relationships, with Drs. Gary and Greg Smalley, The DNA of Relationships for Couples, with Dr. Greg Smalley, and Finding Ever After. He is a former professor at Evangel University where he taught in both the Biblical Studies and Psychology departments, specializing in Marriage and Family Counseling, Human Sexuality, and the integration of faith into all areas of life