Join us for a full hour of news, starting with the headlines of the day. We will then speak with a doctor who sounds off on Louisiana’s abortion bill and the US Supreme Court’s ruling on the Little Sisters of the Poor. We round out the hour by taking a hard look at Communist China and their continued efforts to move toward world domination. Don’t miss a minute of this jammed-back hour of radio.

Apologetics can strike non-believers as an offensive attempt to proselytize, while some Christians see it as unsophisticated. Our guest today will present an inside-out approach to evangelism—focused on Jesus, attuned to our postmodern moment, and respectful of unbelievers. Join us today to discover a better road map to effective witnessing. 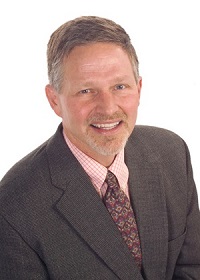 Jeffrey J. Barrows, DO, MA (Ethics), serves as Senior Vice President of Bioethics and Public Policy for Christian Medical & Dental Associations. Dr. Barrows is an obstetrician/gynecologist, author, educator, medical ethicist and speaker. He completed his medical degree at the Des Moines College of Osteopathic Medicine and Surgery in 1978 and his residency training in obstetrics and gynecology at Doctors Hospital in Columbus, Ohio. In 2006, he completed a master’s in bioethics from Trinity International University in Chicago, Illinois. Dr. Barrows was called out of full-time practice in 1999 to help administrate Christian Medical & Dental Associations’ Medical Education International (MEI) ministry. He served as the director of MEI from 2002 to 2005 before transitioning into the fight against human trafficking. He has dedicated 15 years of his career to fighting against human trafficking within the intersection of trafficking and healthcare, as well as the rehabilitation of survivors of child sex trafficking. 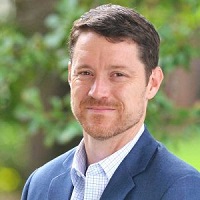 Dr. Chatraw is executive director of the Center for Public Christianity, lead teacher for New City Fellows, and theologian-in-residence at Holy Trinity Anglican Church – all based in Raleigh, NC. His writing and speaking focuses on public theology, apologetics, and culture. He has written and edited several books including, Apologetics at the Cross, Cultural Engagement, The History of Apologetics, Telling a Better Story, Truth Matters, and Truth in a Culture of Doubt. His writing has received numerous awards, Outreach Magazine Resource of the Year in Apologetics and The Gospel Coalition’s Book of the Year in Apologetics/Evangelism, and his work has been featured in outlets such as Christianity Today, The Gospel Coalition, World magazine, and The Washington Post. He earned his Ph.D in Biblical Studies from Southeastern Baptist Theological Seminary, a Masters of Divinity from The Southern Baptist Theological Seminary, and a Bachelors in Business from Georgia Southern University. Josh has served in a full-time academic teaching post, as well as pastorates at churches in Virginia and Georgia.