We start the hour today by looking at some of the news making headlines, followed by a discussion on national defense issues that are raising some serious concerns. We round out the hour by letting parents know of a wonderful way to create a Christian worldview in children by teaching them to embrace God’s truth. Great ready for great radio!

Our guest today is a Biblical prophecy expert who will show us why Iran is so dangerous! The books of Jeremiah and Ezekiel make predictions about the region then known as Mesopotamia or Persia, as well as Russia and Turkey. Are they still true today? Will there be an invasion of Israel? What is the role of the United States in these possibilities? This is going to be a riveting conversation, so come with your questions! 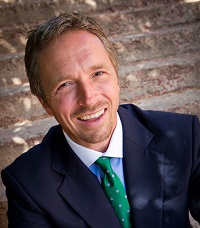 Dr. Jeff Myers is president of Summit Ministries, a highly respected worldview training program whose graduates are making a difference in politics, law, academics, medicine, science, and business. In the last 20 years Dr. Myers has become one of America’s most respected authorities on youth leadership development. Through his appearances on Fox News and other media programs, Dr. Myers has become a fresh voice offering humor and insight from a Christian worldview. He holds a Doctor of Philosophy degree and teaches leadership courses through Lumerit and Belhaven University.