We are told to become “all things to all people by all means, so that some might be saved.” But how far do we go to share the Gospel message? Do we synchronize our faith with another as a way to evangelize? Is it right to blend Islam and Christianity as a way of reaching Muslims? Hear what a former Muslim has to say on this controversial topic.

Hour 2: News and Views from Down Under

Travel with us to the land down under where we once again visit with our favorite Scottish apologist who has much to share on the headlines of the day. We will discuss a wide variety of topics – from COVID-19, to Northern Ireland’s rejection of abortion to Hong Kong’s hunger for freedom. Get ready to think critically and live biblically. 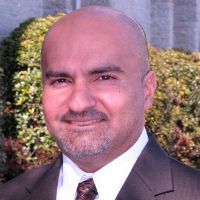 Al Fadi is a former Wahhabi Muslim from Saudi Arabia. He is the researcher, editor, writer, and translator for numerous ministries, including "Answering Islam," "Desiring God," and "JesusOnLine." Al is the founder and director of The Center for Islamic Research & Awareness (CIRA) with a focus on bringing awareness regarding Islam, building bridges with Muslims, training believers to reach Muslims for Christ and to provide expert opinion on issues related to political Islam and Sharia Law. He is a co-editor, co-author and contributor of "The Qur'an Dilemma" (English Book – Vol. 1) - a critical analysis book of the Qur'an.

David Robertson is the Director of Third Space- a new evangelism project from City Bible Forum. David works as an evangelist with Australian churches. As such he is involved with education, media, churches and various forms of outreach. as a speaker, writer and blogger. He was educated at the University of Edinburgh and the Free Church College. He served as the minister of Brora Free Church and St. Peters Free Church in Dundee, Scotland before moving to Australia and taking over his current position as the Director of Third Space.  David has written 6 books including Awakening – the life and ministry of Robert Murray McCheyne (Paternoster 2003 and Christian Focus 2010) and The Dawkins Letters – challenging atheist myths (Christian Focus Publications 2007) and A.S.K, an apologetic book for teenagers (June 2019) He is currently in the process of writing– Letter to a Post Christian Nation. He is a regular columnist with Christian Today and Evangelicals Now. He also write occasional articles for other publications – including Eternity magazine in Australia. He also has his own podcast.