Today is the National Day of Prayer and while the observances in Washington, D.C. will be different due to the coronavirus, we can still ask you to join in prayer with those who have participated from the U.S. capitol in years past.  Prepare your hearts and join us as we lift us the nation and our leaders in prayer.

Hour 2: A National Day to Pray

COVID-19 has changed everything but it cannot destroy the power of prayer.  Even though observances from Washington will be different this year, we can still go back in time and share with you powerful prayers that emanated from the U.S Capitol from years past.  We ask you to join us this hour as we pray for America and for those in authority. 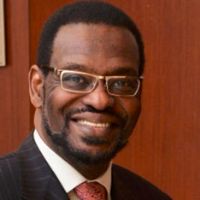 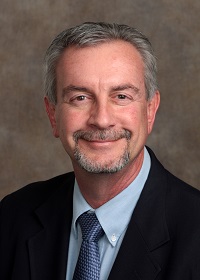 Dave is President of Harvest Prayer Ministries which he founded with his wife in 1993. He is a much sought after conference speaker both nationally and internationally. He serves on several Boards of Directors and committees focused on prayer, revival and evangelism. Dave received a Bachelor of Arts degree from Lincoln Christian College (1975), and Bachelors (1978) and Masters (1982) from Indiana State University. In 2014 he received the Doctor of Philosophy in Theology (PhD) from Atlantic Coast Theological Seminary. From 1974-1992, Dave served in various pastoral roles in local churches. 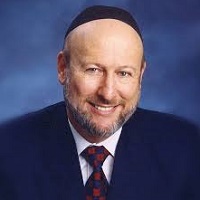 Rabbi Daniel Lapin, known world-wide as America’s Rabbi, is a noted rabbinic scholar, best-selling author and host of the Rabbi Daniel Lapin Show on The Blaze Radio Network. He is one of America’s most eloquent speakers and his ability to extract life principles from the Bible and transmit them in an entertaining manner has brought countless numbers of Jews and Christians closer to their respective faiths. Newsweek magazine included him in its list of America’s fifty most influential rabbis. 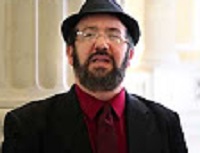 Neal joined the staff of Chosen People Ministries in 2006. Neal was promoted to the position of Washington, DC Branch Director in 2010. Neal earned a Master of Divinity degree from the Charles E. Feinberg Center for Messianic Jewish Studies in 2017 and finished the coursework with highest honors. He serves as the Rabbi at Kehilat Sar Shalom, the Congregation of the Prince of Peace, in Leesburg, VA (since 2007). 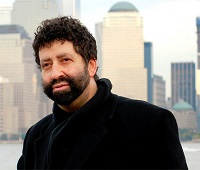 Jonathan Cahn is President of Hope of the World ministries, Senior Pastor and Messianic Rabbi of the Jerusalem Center/ Beth Israel in Wayne, New Jersey. He is also the author of the best selling book 'The Harbinger'. His teachings are broadcast daily over hundreds of radio stations throughout the United States and the world and on television. He ministers, as did the first Jewish messengers of the Gospel, sharing the message of Messiah to Jew and Gentile, Israel, and the nations. 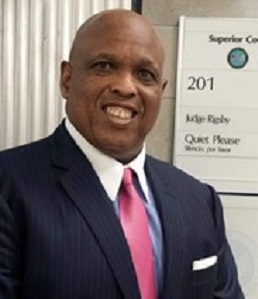 On March 4, 2002, Robert R. Rigsby was nominated by President George W. Bush to be an Associate Judge of the District of Columbia Superior Court. The United States Senate unanimously confirmed Judge Rigsby on July 25, 2002. Since his confirmation Judge Rigsby has presided over cases in the Criminal Division, the Domestic Violence Unit, the Family Court
Division, the Civil Division and the East of the River Community Court. He is currently in his second fifteen-year term on the court, having been reappointed May 24, 2017 following a unanimous “well-qualified” finding by the District of Columbia Commission on Judicial Disabilities and Tenure. Prior to his appointment, Judge Rigsby served as the Attorney General for the District of Columbia from February 2000 until his confirmation. As the Attorney General, Judge Rigsby was responsible for conducting all legal business for the District. He oversaw 225 lawyers, 288 support staff, and was directly responsible for an annual operating budget of $48 million. 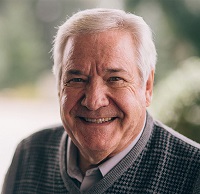 Dr. Dick Eastman is the international president of Every Home for Christ, a ministry that has planted over 3.6 billion gospel messages home to home worldwide since 1946, resulting in over 139 million followed-up decision cards and responses.Dick has traveled around the world more than 100 times. He also serves as president of America's National Prayer Committee, a diverse group of evangelical leaders instrumental in planning America's annual National Day of Prayer. Dick is also the originator of the Change the World School of Prayer, a multi-part seminar that has trained more than 2,000,000 Christians in 120 nations on the power and intimacy of prayer. He is also the author of numerous best-selling books on prayer and evangelism, including The Hour that Changes the World and Look What God is Doing!, that have sold more than two million copies.