Hour 1: Grace From The Rubble

In what was to become the deadliest attack on American soil since Pearl Harbor, the Oklahoma City bombing was one in a long line of violent attacks that have left communities across the nation searching for healing and hope. Today, our guest will tell the intertwining stories of four captivating individuals: Julie Welch, a young professional full of promise, and Tim McVeigh, the troubled mind behind the horrific event; Bud Welch, a father whose only daughter (Julie) was murdered, and Bill McVeigh, the father of her killer. Vivid and haunting, this true story is rich with memories and beautiful descriptions of the nation's heartland, a place of grit and love for neighbors and family. Don’t miss this remarkable story.

Too often, when a life crisis hits, a marriage suffers--even a healthy one--and all the personality profiles and couples' therapy in the world won't keep your marriage from experiencing the tough stuff. So how do you and your spouse face the stresses put on your marriage and not only stay together but come out on the other side even more loving and committed?  Don't let financial trouble, infertility, health challenges, parenting cares, addiction of a loved one, or heartbreaking loss destroy your marriage. Instead, learn how through your strong relationship you can overcome all of life's curveballs--together. 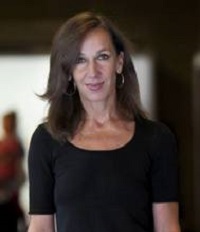 Jeanne Bishop is a public defender and an outspoken activist for the abolition of the death penalty. She speaks throughout the United States in support of gun violence prevention, abolition of the death penalty, forgiveness, and the role of victims in the criminal justice system. Her written work has appeared in The Huffington Post, CNN.com, Sojourners, The Christian Century, the Chicago Sun-Times and the Chicago Tribune, among other publications. She has been featured in several documentary films, including Too Flawed to Fix, Deadline and The Innocent. A graduate of Northwestern University School of Law and a recipient of its alumni award for public service, she practices law with the Office of the Cook County (IL) Public Defender. Carol Kent is the founder and director of the Speak Up Conference, a ministry that equips speakers and writers to take the next step. With her husband Gene, she founded the nonprofit organization, Speak Up for Hope, which benefits inmates and their families. Carol is also the president of Speak Up Speaker Services, a Christian speakers’ bureau. Carol is a popular international public speaker. She regularly appears on a wide variety of nationally syndicated radio and television broadcasts.  She holds a master’s degree in communication arts and a bachelor’s degree in speech education. Some of her books include: Becoming a Woman of Influence, When I Lay My Isaac Down, A New Kind of Normal, Between a Rock and a Grace Place, Secret Longings of the Heart, Tame Your Fears & Speak Up With Confidence.