A sense of humor, positive attitude, and strong faith empowered a Navy SEAL to triumph over blindness after being shot in Iraq. He married his dream girl, graduated from college with honors, and looked forward to being a father---until medical complications took his life. Our guest's account of his courageous friend will inspire you to overcome life's challenges!

You and I may not be on an actual battlefield but we are still in a war. Our guest, a Former US Army Delta Force commander will show us how the techniques of our men and women in uniform can help us gain victory in the spiritual battles we face every day. We will also hear how one organization of mothers, who have lost their children to war, are making a huge difference in the lives of our military veterans 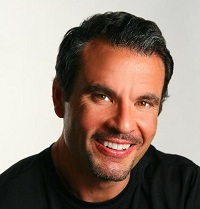 Faith-filled author and speaker Robert Vera enjoyed a twenty-year career in the banking industry. In 2006 he took a leap of faith to follow his dream to become an entrepreneur. Robert serves on a number of non-profit boards and as a mentor to returning veterans. He earned a Bachelor’s Degree in Political Science from Boston College. 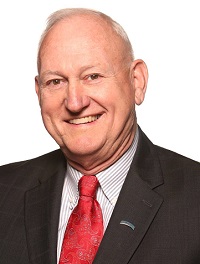 LTG (Ret) William G. “Jerry” Boykin was one of the original members of the US Army's Delta Force. He was privileged to ultimately command these elite warriors in combat operations. Later, Jerry Boykin commanded all the Army's Green Berets as well as the Special Warfare Center and School. In his thirty-six years in the army, LTG Boykin also served a tour with the CIA. He has participated in clandestine operations around the world and served his last four years in the Army as the Deputy Under Secretary of Defense for Intelligence. Today he is an ordained minister with a passion for spreading the Gospel of Jesus Christ and encouraging Christians to become Warriors in God's Kingdom. 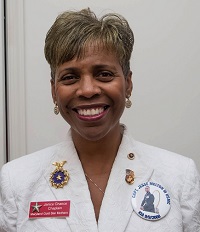 Janice Chance is a member of the Maryland chapter of American Gold Star Mothers, Inc. and has a BS in nursing from the University Of Maryland School Of Nursing. She has worked in the field of nursing in a variety of areas and is currently employed as an On Call Gastroenterology Nurse at the Endocentre of Baltimore. Her faith and relationship with God is the driving force behind Janice’s passion to serve, encourage, support, comfort, and advocate on behalf of others in need.