Join us for a full hour of news and views starting with the headlines of the day. Then, add to your prayer list by hearing how we can pray for the biggest influencers in our culture – those who serve in the entertainment industry. Then, we set our sights on China and the role that nation played in furthering the transference of the COVID-19 virus.

What happens when circumstances take the ‘wind out of your sails’? How do we stay on task when life becomes overwhelming? What does it mean to ‘do your job’ for the Lord? Hear from one man who will remind us why keeping the main thing THE main thing is so crucial and so biblical. 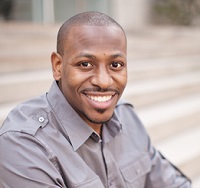 Jonathan Evans, a mentor, author, speaker and former NFL fullback treasures his relationship with Christ along with the opportunity to use his life to glorify God. Jonathan seeks to impact today’s athletes, men and young adults by equipping and encouraging them in their faith. Jonathan serves with his pastor, friend and father, Dr. Tony Evans, both in the local church and the national ministry. They also teamed up together to write Get in the Game, a practical guidebook filled with sports analogies and spiritual truths aimed at strengthening readers with the skills they need for living victoriously. Jonathan is a graduate of Dallas Theological Seminary with a masters degree in Christian Leadership. He also serves as the chaplain of the Dallas Cowboys and co-chaplain of the Dallas Mavericks. Jonathan is a dynamic speaker at churches, conferences, men’s events, banquets, youth, and FCA events. He is committed to developing the next generation of devoted Christian leaders.