Insecurity is something all humans struggle with. Young and old, male and female, across the globe--insecurity has no boundaries. While it is a commonality among humanity, it doesn't mean it's something you have to live with. Insecurity is painful for many, but there is a greater fear to drown out the lesser one. Scripture tells us that the fear of the Lord is the beginning of wisdom. It is in this greater fear, that we learn how to grow, live, and, possibly defeat, our insecurity. Join us to learn how to live fearlessly.

John Perritt (MDiv RTS ’09 & DMin SBTS ’16) is the Director of Resources for Reformed Youth Ministries. He served in youth ministry at Pear Orchard Presbyterian Church for over 12 years. Prior to that, he served in youth ministry at First Presbyterian Church in Hattiesburg, MS. He published Your Days Are Numbered (2016), What Would Judas Do? (2017), and Time Out! The Gift or god of Youth Sports. He has also published articles with The Gospel Coalition and Desiring God. 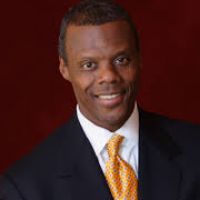 J.C. Watts rose to fame after quarterbacking the University of Oklahoma Sooners to two Orange Bowl championships and starring in the Canadian Football League. Watts became the first African American elected to statewide office in Oklahoma and later served four terms in the U.S. Congress, rising to the chairmanship of the Republican Conference. Watts delivered the Republican response to President Clinton’s State of the Union address and later became well known for authoring the legislation for President George W. Bush’s faith-based initiative as chairman of the Republican Conference.  A former youth pastor and the son of a pastor, Watts is the founder and chairman of Watts Partners, a government affairs firm in Washington, owns John Deere dealerships in Texas, and is president of Feed the Children in Oklahoma City.