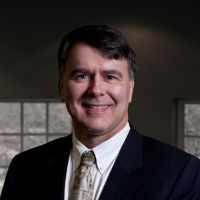 Dr. Andreas Kostenberger is the founder of Biblical Foundations, an organization devoted to encouraging a return to the biblical foundations in the home, the church, and society. He is Senior Research Professor of New Testament and Biblical Theology at Southeastern Baptist Theological Seminary in Wake Forest, North Carolina. Dr. Kostenberger is the author of numerous books on a variety of biblical and theological topics. He also serves as the editor of the Journal of the Evangelical Theological Society.