The faith and work conversation is alive and well, but most resources focus on white-collar jobs, neglecting the majority of the workforce. When our guest realized he needed to go home and take over the family gear shop, he didn’t expect it to become a spiritually transformative season of his life. Yet as he began to think about what it meant to be a Christian in business, he discovered just how much our work matters to God and how blue-collar business can change people, communities, and even the world.  Join us to learn how your workplace can and should be a place of significance.

He’s a Superbowl winner and has played in the NFL for years, currently a member of the New England Patriots.  But he loves his role as the dad of seven even more than football. Join us to hear this committed follower of Jesus as he shares a powerful message on the mandate for Christians to do their job and remain steadfast in doing the work of the Lord. 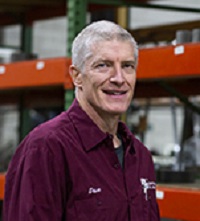 Dave Hataj is the second-generation president and owner of Edgerton Gear, Inc., a Wisconsin-based custom gear manufacturer. As a journeyman machinist by age twenty-one, he then earned a Bachelor's Degree from the University of California-Irvine. He completed his Master's Degree from Regent College in Vancouver, BC. His graduate work focused on Systems Theory in a Family Business context. In 2014 he earned a Doctorate of Transformational Leadership from Bakke Graduate University, developing a curriculum called Craftsman with Character. The course introduces high school students to the trades and manusfacturing as an excellent career path, while developing character and soft skills. 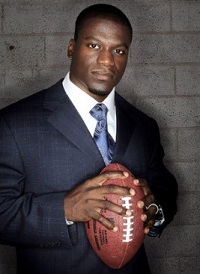 Benjamin Seth Watson(born December 18, 1980) is a former American football tight end. He was drafted by the New England Patriots 32nd overall in the 2004 NFL Draft and later he would win Super Bowl XXXIX with the team over the Philadelphia Eagles. He played college football at Georgia. Watson has also played for the Cleveland Browns, Baltimore Ravens, and New Orleans Saints. He is the father of seven and a passionate follower of Jesus