Hour 1: The Week That Was

This week on In The Market with Janet Parshall we took a look at the potential for abuse, both emotionally and spiritually when narcissism takes up residence. We took a look at ‘bumper sticker theology’ and explained why trite answers aren’t sufficient in post-truth world.  We updated you on and important religious liberty case and heralded the opening of a new cultural research center lead by one of America’s preeminent researchers.  The entertainment industry remains the most powerful influence in culture today so we learned how to pray effectively for those who serve in that industry. We learned of more threats from the Communist Chinese government.  Today, on Open Phones, our dynamic couple will share their take on some of the other stories making headlines this week.

We started the week on In The Market with Janet Parshall by taking your questions on what happens during the End Times.  We helped you discover victory in Jesus when find yourself engaged in spiritual warfare.  We spoke with a British author has written the counter-argument for Richard Dawkins new book on atheism. Preserving religious liberty for all people is paramount if we are to protect our right to proclaim the Gospel.  We heard from three individual’s, with different religious backgrounds, as they discussed the nature and complexity of the First Amendment.  We conclude that panel discussion today and then open the phone lines for your thoughts on this topic and other stories making news this week. 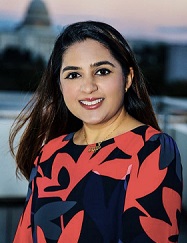 Asma T. Uddin is a religious liberty lawyer and scholar working for the protection of religious expression for people of all faiths in the U.S. and abroad. Her areas of expertise include law and religion (church/state relations), international human rights law on religious freedom, and Islam and religious freedom. Uddin is an active lecturer to diverse religious groups in the U.S. and overseas on the importance of religious liberty, and she is widely published on the topic by law reviews, university presses, and national and international newspapers. 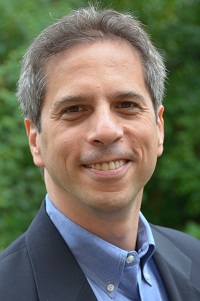 Steven Waldman is the national bestselling author of Founding Faith and co-founder of Report for America, a national service program that places talented journalists into local newsrooms. He was National Editor of US News & World Report, National Correspondent for Newsweek, and co-founder of Beliefnet.  His writings have also appeared in The Wall Street Journal, The New York Times, Washington Post, National Review, Christianity Today, The Atlantic, First Things, The Washington Monthly, Slate, The New Republic and others. He lives in Brooklyn with his wife, Amy Cunningham.