The question of whether God can be loving and send people to Hell is one people have been asking for a long time. Surely a God who sends people to Hell cannot love them? Starting with a look at who God is and how we relate to Him, our guest will look at the difficult topic of Hell, and what the Bible says about it. Don’t miss this fascinating and crucial conversation!

How should the Church minister to women in the adult entertainment industry?  Do we abandon them to the abuse, the degradation and assaults so germane to that multi-billion-dollar ministry?  Or do we show them the love of Jesus?  Hear from the heart of one woman whom God called over 12 years ago to minister to the broken-hearted.  The Gospel is for everyone – and today’s guest will tell you why 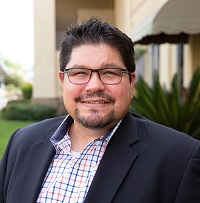 Dr. Ben Skaug has served as Senior Pastor at Immanuel Baptist Church in Higland, California since 2016. Previously, he served Golden Gate Baptist Theological Seminary (now called Gateway Seminary) as Vice President of Institutional Advancement. Ben has served as senior pastor in Colorado and South Carolina. Ben is a two-time graduate of The Southern Baptist Theological Seminary in Louisville, KY where he also served on staff as Director of Development. His Master of Divinity focused on theology and biblical languages. His first doctorate was in Preaching. Ben is in the process of completing a PhD from Gateway Seminary in Systematic Theology. He is the author of How Could A Loving God Send Anyone to Hell? and a contributing author to Biblical Spirituality of the Theology in Community series. 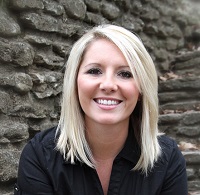 Rachelle Starr is first and foremost a lover of Jesus. In 2007, Rachelle founded a national ministry called Scarlet Hope. As the President and visionary of the organization, she is dedicated to bringing the gospel of Jesus Christ to women trapped in the adult entertainment industry through outreach, discipleship, and career development. In 2015, Rachelle founded a social enterprise called Scarlet's Bakery to employ women transitioning out of the industry.