Join us for a full hour of radio as we cover the headlines of the day, the power of school choice and why legislative prayers shouldn't be silenced or feared.  Get ready to see the world around you through the lens of Scripture.

A new and controversial book questions the reality of Heaven and Hell and it’s no surprise because we all wonder what comes after death. Join us today as our guest searches the Scriptures and church history for answers. You'll be heartened to learn that believers will reconnect with their loved ones; receive a wonderful new body; say goodbye to sin, sorrow, and sickness; and enjoy face-to-face fellowship with God! Come with your questions and enjoy a fascinating hour of conversation about what is yet to be! 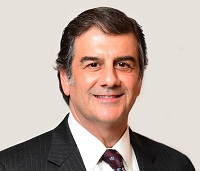 John Schilling is the President of the American Federation for Children(AFC). Based in Washington, D.C., where AFC is headquartered, John Schilling leads the staff and the organizations’ activities in the states and D.C. as President of the organization. John has been with AFC since January 2007 and has been working in the education reform movement for more than 20 years. He has been featured in Politico, Education Week, National Review, among other outlets. He served four years as Associate State Superintendent and Chief of Policy at the Arizona Department of Education, was Chief of Staff for Education Leaders Council in Washington, D.C., and operated his own consulting firm that focused on education reform. John has worked extensively in elective politics at the federal and state levels, for two Members of Congress and a U.S. Senator, and two state governments. John graduated in 1986 from the University of San Diego with a Bachelor of Arts degree in history. 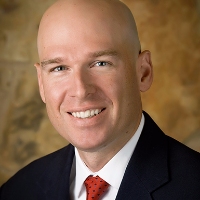 Jeremy Dys, Esq., is Special Counsel for Litigation and Communications for First Liberty and host of the First Liberty Briefing. Dys earned his law degree from West Virginia University College of Law in 2005. After law school, Dys clerked for the Hon. Russell M. Clawges, Jr., chief judge of the Circuit Court of Monongalia County in Morgantown, West Virginia. For six years prior to joining First Liberty Institute, Dys led a public policy organization where he led research and advocacy efforts on matters of life, marriage, and religious freedom. Dys graduated from Taylor University in 2001 with a Bachelor of Arts, cum laude, degree in Communication Studies, with minors in U.S. History and Philosophy.