Join us for a full hour of news, starting with the headlines of the day.  We hear about the huge controversy on the Equal Right Amendment and whether or not the ERA is really D.O.A.  We round out the hour by discussing a fabulous new film about the life of Justice Clarence Thomas and his courageous rise from abject poverty to the U.S. Supreme Court.

We live in a world with competing worldviews. How do we understand the ideas and forces that are shaping our times? Our guest will help us look at the how the tenets of the Christian worldview compare with the five major competing worldviews of our day: Islam, Secular Humanism, Marxism, New Age, and Postmodernism. 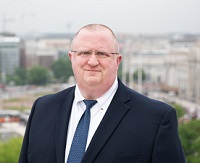 Thomas L. Jipping is deputy director of the Edwin Meese III Center for Legal and Judicial Studies and a senior legal fellow in the Center, which is part of the Institute for Constitutional Government at The Heritage Foundation. Tom joined Heritage in May 2018 after 15 years on the staff of U.S. Senator Orrin Hatch (R-Utah), including several as his chief counsel on the Senate Judiciary Committee. He spent the previous 13 years at two public policy organizations: Concerned Women for America, where he was senior fellow in legal studies; and the Free Congress Foundation, where Tom served as Vice President for Policy and Director of the Center for Law and Democracy. He has developed a national reputation, among both liberals and conservatives, as an expert in the federal judiciary and, in particular, the appointment of federal judges. Tom received a B.A. with honors from Calvin College and both an M.A. in political science and a J.D., cum laude, from the State University of New York at Buffalo. While at SUNY-Buffalo Law School, Tom was a founding member of the Buffalo Federalist Society and served as the Head Note and Comment Editor of the Buffalo Law Review. Before coming to Washington, Tom clerked for Judge William D. Hutchinson on the U.S. Court of Appeals for the Third Circuit. 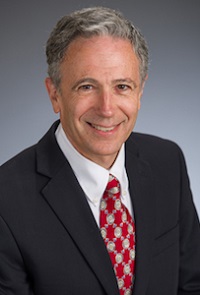 Michael Pack is President of Manifold Productions, Inc., an independent film and television production company, which he founded in 1977. Through Manifold Productions, Mr. Pack has written, directed, and produced numerous award-winning nationally broadcast documentaries as well as corporate and educational films. From 2015 to 2017, Mr. Pack served as President and CEO of the Claremont Institute in Upland, CA, and Publisher of its Claremont Review of Books. From 2003-2006, Mr. Pack served as Senior Vice President for Television Programming at the Corporation for Public Broadcasting, where he restructured the programming department and launched several new initiatives. These included: America at a Crossroads, a series of 20 documentary films addressing issues facing America in the wake of the attacks of 9/11, and the American History and Civics Initiative, a program comprised of innovative, new media designed to address the crisis of historical amnesia in middle and high schoolstudents. In 2002, President Bush nominated and the Senate confirmed Mr. Pack to serve on the National Council on the Humanities, which oversees the National Endowment for the Humanities. He served from July 2002 to February 2005. In 1993, Mr. Pack served as Co-Chair of the International TV Council at the Corporation for Public Broadcasting. Mr. Pack received a political appointment as Director of WORLDNET, the U.S. Information Agency’s global satellite network. WORLDNET produced, acquired, and distributed programs to over 127 countries and over 200 cities on all continents twenty-four hours a day. WORLDNET, now called VOA-TV, has merged with the Voice of America. Mr. Pack attended Yale College, the University of California at Berkeley, and studied film at New York University. 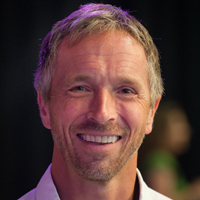 Dr. Jeff Myers has become one of America’s most respected authorities on youth leadership development and has equipped thousands to champion the Christian worldview. In addition to authoring and teaching courses on leadership and communication in use across the country, including Grow Together: The Forgotten Story of How Uniting the Generations Unleashes Epic Spiritual Potential, Dr. Myers currently serves as the President of Summit Ministries, whose tens of thousands of graduates are making a difference in politics, law, academic, medicine, science and business. He holds a Doctor of Philosophy degree and teaches leadership courses through College Plus and Belhaven University.