We all assume that one church is like another on Sunday morning.  But the black church in America and it's traditions in many ways stand distinctively different from the rest of the evangelical traditions that most Christians experience each week. Today guest host Ed Stetzer will talk with someone who will bring clarity to this topic and help us see where and how we can stand together to fulfill the mission of reaching the world for Christ.

Hour 2: Science, Faith and the Wonder of it All

We live at a time when science and faith are believed to be mutually exclusive. But is that really true? Today guest host Ed Stetzer will talk with someone who will help us see and understand the intersection between science and faith, the challenges of evangelizing in the scientific community and how the wonders of God's handiwork in the heavens continue to proclaim the truth that He is the only source of all creation. 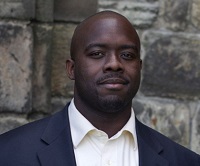 The Rev. Esau McCaulley, PhDhas a Ph.D. in New Testament at the University of St Andrews in Scotland. He has served in many professional and cultural contexts throughout his ministerial career and academic career. These include being pastor at All Souls Episcopal/Anglican Church in Okinawa, Japan, assistant to the pastor, St. John’s Episcopal Church, Portsmouth, VA, and assisting priest at All Saints Episcopal Church in St. Andrews. McCaulley is also the director of Next Generation Leadership for the ACNA (Anglican Church in North America) a province wide initiative committed to raising up and training the next generation of Anglican clergy and lay leadership. 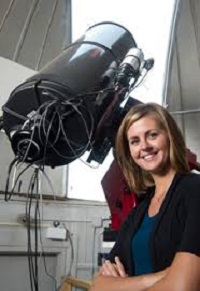 Rhiannon Blaauw Erskine is a visiting physics instructor at Wheaton College. She has a bachelor's degree in astrophysics from Canada's University of Western Ontario and a master's degree in astronomy from the University of Western Ontario. She spent seven years working at NASA’s Marshall Space Flight Center, where she studied the meteoroid environment as it pertains to spacecraft engineering and operations. While at NASA she recieved the Marshall Inovation Award and had an asteroid named after her. She is passionate about astronomy, space exploration, and the integration of science and religion.