We live in the age of religious pluralism where all religions are considered the same and different paths lead to the same spiritual destination. It is important for Christians to learn how to affirm Jesus Christ as the only way to God—while also paying due respect to people of other faiths and worldviews.  Today our guest will explore the redemptive revelations lurking in the darkness outside the boundaries of Christian tradition From Hindu avatars and Buddhist bodhisattvas, to Sikh gurus and Muslim prophets, and the Jewish messiah, consider how different religions attempt to answer the deep longing for a savior ingrained in the collective conscience of humanity. Join us for a fascinating conversation.

Do you ever get the feeling that the forces of darkness are surrounding you?  Well, maybe they are.  What’s your response: panic or prayer? Get ready for a full hour of radio where we will take all your calls on the topic of spiritual warfare.  The lines light up on this subject so join us right away and learn truth from falsehood, mythology from biblical Truth on this most crucial subject. 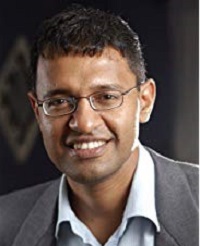 Mathew John is from India and started out as an electrical engineer before transitioning from technology to theology with a master’s degree in theological studies from the University of Toronto (Canada) and a PhD in intercultural studies from Fuller Theological Seminary (USA). He has acquired over two decades of teaching experience in academic as well as ecclesiastical platforms, and has written extensively in the areas of theology, anthropology, and world religions.