The way that we’ve done things for centuries has been unsettled and unseated. We’re living in a new normal. And while on the surface many of these changes look like the next best thing, there’s actually a complex and fragile web of lies holding it all together.  Our guest will take a look at some of those lies and show us how to recognize these everyday lies in our lives, so that we can discover the truth on the other side. The truth that leads to freedom. The truth that moves us from surviving to thriving. The truth that will unlock a life of purpose, adventure, meaning, and destiny.

Join us as we travel ‘down under’ to talk with our favorite Scottish apologist.  We will hear his take on everything from PETA wanting to change what you name Fido and Fluffy to what is really happening with the cancellations of the Franklin Graham tour in the U.K.  Get ready to think biblically and critically on today’s broadcast. 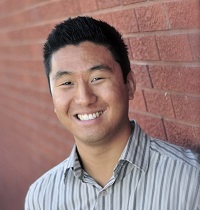 Daniel Im is a speaker and leader who has traveled to cities like New York, Vancouver, Los Angeles, Sydney, and Seoul to teach, consult, and coach. His podcasts have been downloaded over 3 million times. He has pastored in five major cities around the world in churches ranging from 100 people to 50,000 people. He has written two paradigm shifting books, No Silver Bullets: Five Small Shifts that will Transform Your Ministry, and Planting Missional Churches: Your Guide to Starting Churches that Multiply (second edition). He has an M.A. in Global Leadership and is a Gallup Certified Strengths Performance Coach.