Hour 1: Unshakeable Trust in His Truth

The Christian faith is under assault in ways it has never been before. Intellectual arguments from learned scholars have caused many to question, some to abandon and others to reject the gospel's message of hope.  When today's guest faced a major attack on her faith she cried out to the Lord for help. His answer to her prayers transformed her life and strengthened her confidence in the unshakeable truth of God's word. Join us as she explains why understanding theology and apologetics is something all believers MUST be engaged in.

After decades of movies and television representations of the life of Jesus is it possible to find a new, compelling way to share the most wonderful story ever told? The answer is yes! The answer is "The Chosen". Today our guest will take us behind the scenes of this powerful series on the life of Jesus and those who knew him. He will tell us how the project came to be and the impact it continues to have. He will also tell us how this streaming series became the #1 crowd funded media project of all time. "The Chosen" gives viewers the chance to enter into the lives of Jesus, his disciples and those that knew them in a way we have never been able to before.  Join us to learn more about this groundbreaking project. 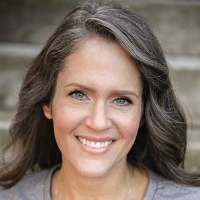 Alisa Childers is the host of the Alisa Childers podcast, blogger and speaker. Her faith started early in life through the example that her parents set for her.  Her young love for Jesus led to studying the Bible at an early age.  In her early 20’s she became one of the founding members of the Christian singing group “ZOEgirl” which she traveled and performed with for about 7 years.  After the group disbanded she faced an unexpected crisis of faith that intellectually challenged her beliefs in a way they had never been challenged before. She cried out to God for help and the journey that He took her on in answer to that prayer has proven to her the historic claims of Christianity are true, “not only experientially and emotionally but intellectually” as well. Now through her website, podcast, blogs and speaking opportunities she helps other believers to know and stand of the solid foundation of God and His unchanging word. 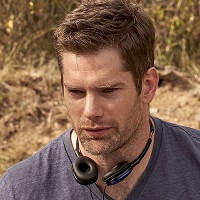 Dallas Jenkins has been producing and directing feature films and shorts since 2000 when he produced the feature Hometown Legend and shepherded it to distribution by Warner Brothers. He then directed multiple shorts and features that won multiple festival awards and are currently on DVD and TV all over the world, including the features Midnight Clear, Though None Go With Me, What If… , and The Resurrection of Gavin Stone, which stars Brett Dalton (Marvel’s Agents of Shield), stand-up comic Anjelah Johnson, D.B. Sweeney (The Cutting Edge), Neil Flynn (ABC’s The Middle), and WWE Superstar Shawn Michaels, and was released in theaters in January 2017. His current project is The Chosen, a new streaming series based on the life of Christ, which is the #1 crowd-funded media project of all time.