Hour 1: Courage for the Unknown Season

We all face seasonal changes. The passing years take us on journeys of change—whether we want it to or not. Today, our guest acts as a wise guide for those who find themselves in new seasons of life, offering perspective and practical insights to encourage the soul and offer hope. She will remind us that we can make it through this time with courage, strength, and yes, even joy!

There's no question that Scripture has influenced music since the first song was penned.  Today our guest, an author and music connoisseur, takes an in-depth look at the lyrics and cultural context of some of the greatest songs from the 1930s to today to reveal an often overlooked or ignored strand of influence in popular music - the Bible. Indeed, some of the "greats", including Bob Dylan, Leonard Cohen, Bono, Johnny Cash, Sting, and others, have repeatedly returned to the Bible for sustenance, These artists have been  inspired by the greatest book of all time.  Join us to learn more about the connection between music and Scripture. 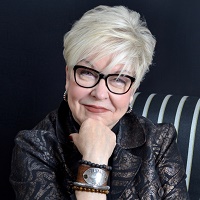 Jan Silvious has been reaching out to women for over 25 years, helping them to live fully and to embrace an intelligent attitude toward life. She has been a featured speaker at Women of Faith arena events and a plenary speaker Precept Ministries' National Women's Convention, Moody's Women's Conferences and Moody's Founder's Week. Jan is the author of 11 books, including Big Girls Don’t Whine and Fool-Proofing Your Life. Jan also is a professional life coach helping people to "get from where they are to where they want to be". Her life's work truly is encouraging people to embrace the truth that "a change of perspective changes everything". 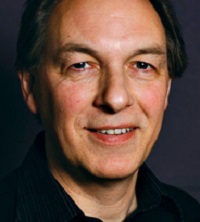 Steve Turner is an English music journalist, biographer and poet, who has spent his career chronicling and interviewing people from the worlds of music, film, television, fashion, art, and literature. He regularly contributes to newspapers such as The Mail on Sunday and The Times and his many books include Imagine: A Vision for Christians in the Arts, Popcultured: Thinking Christianly About Style, Media and Entertainment, Hungry for Heaven: Rock and Roll and the Search for Redemption, U2: Rattle and Hum, Van Morrison: Too Late to Stop Now, and A Hard Day's Write: The Stories Behind Every Beatles Song. Originally from Northamptonshire, England, Turner’s career as a journalist began as features editor of Beat Instrumental where he interviewed many of the prominent rock musicians of the 1970s. His articles have appeared in Rolling Stone, Mojo, Q, and the London Times, and he has also written several poetry books for both adults and children. He lives in London with his wife and two children.