All eyes are on Iran because of the potential that nation has for being a nuclear threat.  But we should we watching for another reason – Iran has the fastest growing evangelical church in the world.  We will speak with a man who will update you on what is happening with believers in that nation.  Then we travel to China and learn about the communist regime’s crackdown on Hong Kong.  Get ready for a full hour of conversation on global news.

Our national attention is firmly focused on the growing opioid crises. We know the problem. But what is the solution for the 100 million Americans living with chronic pain? Today, our guest will offer a whole person approach to pain management, addressing the physical, mental, and spiritual aspects of pain and providing alternative strategies that don't rely on opioids. Through education, pain triumph stories, daily guided cognitive activity, and as-needed pain rescue techniques, she will teach us how to reprogram their neurologic pathways, increase functioning, and experience improvement in their symptoms. For anyone suffering from pain or suffering alongside someone who is, this conversation is for you. 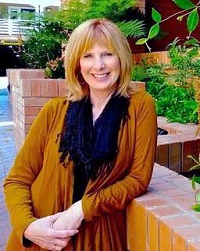 Dr. Linda Mintle is a licensed marriage and family therapist, a licensed clinical social worker and national expert on relationships and the psychology of food, weight and body image. With 30 years of clinical experience working with couples, families and individuals, she brings her common sense approach to people who want to live in positive mental health.  Dr. Mintle is a best-selling author with 19 book titles to her credit, winner of the Mom’s Choice Award, a national news consultant, featured writer for Beliefnet and hosts her own website.