Best of In The Market: You Are Special

For more than 30 years, Fred Rogers was the kindly neighbor of children worldwide. Why were kids drawn to him? Mining personal interviews and correspondence, our guest goes beyond Rogers's gentle manner and signature red sweater to reveal the deep faith that sustained him in his many roles---television personality, educator, philosopher, and minister.  She will share her stories of meeting him personally.  Don’t miss a minute of this conversation! 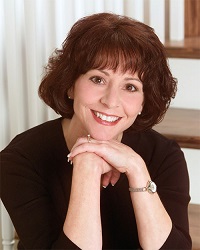 Amy Hollingsworth,a former psychology professor,is the author of five books, including the bestselling The Simple Faith of Mister Rogersand the newly released Runaway Radical, coauthored by her son Jonathan. Before writing books, Amy wrote for various magazines and was a television writer for eight years for CBN. In 2010, she was named one of USA Today’s Top 100 People for her influence on pop culture and was featured in the documentary by MTV’s Benjamin Wagner titled “Mister Rogers & Me.”  Her television appearances include WGN’s Morning News, PBS’s A Word on Words, and FOX Morning News.