Hour 1: Standing In The Fire

Today's headlines should motivate Christians to action, not freeze us in fear. Join us as we listen to never-before-heard first-person anecdotes from heroes of the fait​h in Syria, Turkey, and other Middle Eastern countries. Learn how they feared God enough to live as victors instead of victims despite overwhelming danger from the Taliban, ISIS, and other terrorist groups.​

Hour 2: Take Back My Life

Standing with her 5-year-old son by the Boston Marathon finish line in April 2013, our guest had no idea her life was about to change. But the traumatic next few minutes changed everything forever. Join us to hear her inspiring and triumphant story of faith, survival, and resilience---culminating in her return to Boston as a runner!​ 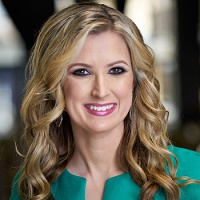 Rebekah Gregory is a woman and mother whose life was forever changed due to the bombings at the Boston Marathon on April 15, 2013. This act of terrorism may have claimed her leg, but it could not claim her spirit. She is now a powerful motivational speaker who encourages people all across the country with her message of faith and hope. She lives in Houston, Texas, with her son, daughter, and her college-sweetheart-turned-husband.