With ISIS on the rise, is Christianity fading in the Middle East? Our guest doesn't think so! Traveling to Jordan and Iraq, he reveals how thousands of Muslims living in the shadow of Islamic extremism are coming to faith in Christ. Join us to hear an amazing story that will prompt you to recommit your life to Christ!

So many of us struggle with prayer. Prayer comes hard to most of us, in most seasons. And when we do pray, we often don't know what to say. What is it that my Father loves to hear about? What are the best things I could pray for my family, my church, and myself? Join us as our guest examines Paul’s prayers for his friends in the church in Ephesus and be inspired by the Apostle Paul to pray bigger and better prayers as we look to our heavenly Father to do more than all we ask or imagine! 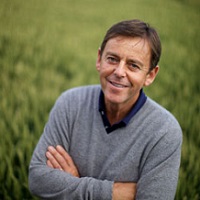 Alistair Begg has been in pastoral ministry since 1975. Following graduation from The London School of Theology, he served eight years in Scotland at both Charlotte Chapel in Edinburgh and Hamilton Baptist Church. In 1983, he became the senior pastor at Parkside Church near Cleveland, Ohio. He has written several books and is heard daily and weekly on the radio program, Truth For Life. The teaching on Truth For Life stems from the week by week Bible teaching at Parkside Church.