Join us for a full hour of discussion around the First Amendment and the most precious liberty of all - religious freedom.  Can a state capitol put up a Christmas tree or a nativity scene?  Learn about a movement to place the message of Christmas in every state capitol building around the country.  Then, the assault and massacre of Christians in Nigeria is unprecedented.  Hear the facts so you can use your voice to stop the atrocities against Christians in that nation.

Hour 2: You Are Special

This hour we start with the headlines of the day and then move to a conversation with an award-winning journalist who has written about one of America’s most beloved heroes. We will discuss a new motion picture that transports us to a beautiful neighborhood.  We then wing our way to Australia to find out what is happening in the Third Space.  Don’t miss a minute of today’s broadcast. 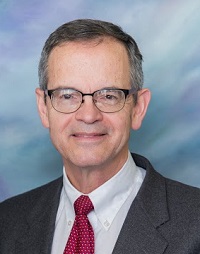 Attorney Thomas Olp is the Vice President, Senior Counsel and a board member for the Thomas More Society. He earned his undergraduate degree from Georgetown University, his J.D. from The Catholic University of America, Columbus School of Law, and an LLM from Georgetown University Law Center. He is the Vice President and General Counsel for Connor-Winfield Corporation, Aurora, Illinois. Tom has devoted significant time volunteering on Thomas More Society’s major cases, including the cases involving the abortion mega mill in Aurora, Illinois and several First Amendment cases. 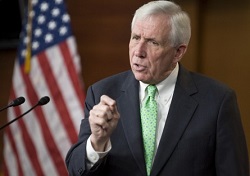 Frank R. Wolf is a former legislator who represented Virginia's 10th congressional district in the United States House of Representatives, as a member of the Republican Party, from January 1981 to his retirement in January 2015. He was born in Pennsylvania and attended several universities including the University of Mississippi, Pennsylvania State University and Georgetown University Law School. After serving in the U.S. Army Reserve, in 1962 he entered into private law practice. In 1968 Frank Wolf entered into public office as a legislative assistant. From there he went on to serve between 1971- 1975 as the assistant to Secretary of the Interior Rogers Morton.  After two failed attempts, Frank Wolf was elected to represent Virginia’s 10th District where he served at the Republican representative for many years. Then in December 2013 he announced that he would not run for re-election in 2014, and retired at the conclusion of his 17th term in office. At the time of his announcement, he was the state's longest serving congressman, serving for 34 consecutive years. 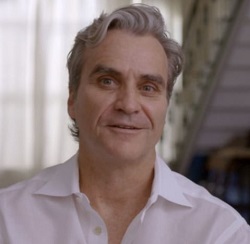 Tom Junod is an American journalist. After graduating from the State University of New York at Albany in 1980 with a Bachelor of Arts degree in English, Junod went on to work as a writer for Esquire magazine starting in 1997 after a stint at GQ Magazine. He has also worked for several other well known publications including Sports Illustrated, Life and Atlanta magazine. He is the recipient of two National Magazine Awards from the American Society of Magazine Editors, the most prestigious award in magazine writing.