Hour 1: The Theory of Everything

With two Oxford doctorates, one in molecular biophysics and one in historical and systematic theology, our guest is one of today's most formidable thinkers on science and religion. He joins us to clearly delineate the seminal theories---and lesser-known views on God---of the greatest physicist of modern times. Join us for a fascinating conversation.

Hour 2: A World of Difference

It's not news to say that men and women are different. What's worth discussing is how to deal with those differences - including the huge impact of what our guest calls their “Crazy Making Differences.” Join us as we look at the widely divergent ways men and women approach emotional issues. Listen to some solutions for those couples who want to bridge the gender gap, especially in marriage. Today we will learn the different levels that men and women operate in during every interaction, as well as techniques for connecting in conversation. 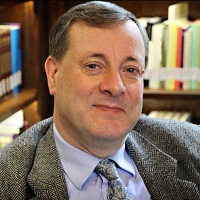 Alister McGrath, one of the world's leading Christian theologians, is Andreas Idreos professor of science and religion at Oxford University. He holds Oxford doctorates in the natural sciences, intellectual history, and Christian theology. McGrath has written extensively on the interaction of science and Christian theology and is the author of many books, including the international bestseller The Dawkins Delusion? Atheist Fundamentalism and the Denial of the Divine (2007) and the market-leading textbook Christian Theology: An Introduction (2016). In September 2008, McGrath took up the newly-established Chair of Theology, Ministry and Education in the Department of Education and Professional Studies at King's College, London. In 2013, McGrath accepted the Andreas Idreos Professorship in Science and Religion at the University of Oxford. He took up the new post in April 2014. 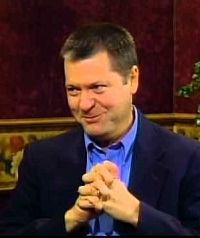