America is on the verge of another Civil War. Socialism is on the rise. Free Speech is under assault. People of Faith are facing persecution. Our public schools have been turned into indoctrination centers.  A mob made up of socialist politicians, academic elites, and raging feminists, has partnered with Antifa and other radical groups to radically change our nation.  Today, our guest, a columnist, commentator, author, and radio host, will address several issues and share what he believes we can do to stem the tide of cultural erosion.

Hour 2: Hope For the Survivors

With over 60 million child abuse survivors nationwide, we are a country riddled with abuse and the effects of it. Too often, those within the Church have been uninformed about the complexities of child abuse. This has compounded its damaging effects on individuals, families, and faith communities with inappropriate and even negligent responses to signs and disclosures of abuse.  Today we learn what the Bible has to say to abuse survivors, how to protect the children in our lives and how to recognize the signs of abuse.  Come with your questions on this timely and troubling topic. 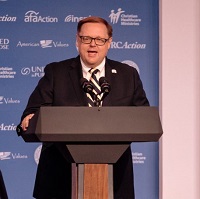 Todd Starnes is the host the Todd Starnes Show podcast. Throughout his journalism career, Todd has covered a number of high profile stories taking him from Wall Street to the White House. Todd is author of God Less America, They Popped My Hood And Found Gravy on the Dipstick, and Dispatches from Bitter America. Starnes was recognized by Barna as one of the top influencers of Evangelical voters. 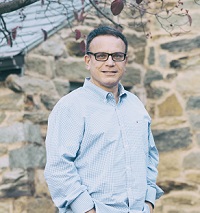 Boz Tchividjian founded GRACE in 2004. A former prosecutor, Boz created the first “Sexual Crimes” division at the Office of the State Attorney in the 7th Judicial Circuit of Florida. Later as the division chief, Boz was personally responsible for prosecuting hundreds of sexual victimization related cases and supervising thousands of such cases. He is a former columnist for Religion News Service who wrote a weekly column that focused on the intersection of abuse and faith communities.Boz is a published author and recently co-authored The Child Safeguarding Policy Guide for Churches and Ministries with psychologist and attorney, Shira Berkovits. In addition to his duties with GRACE, Boz currently serves as a professor at Liberty University School of law where he teaches Child Abuse and the Law, a course which he developed and is designed to prepare students to become child advocates inside and outside of the courtroom.