Can anything good be said about Communism?  Get ready for a very insightful discussion as our guest offers a fearless critique of freedom's greatest ideological adversary, past and present. Join us to learn about the “killingest idea ever.

Shouts were the last things our guest heard before her world dissolved into flames—before napalm bombs fell from the sky, burning away her clothing and searing deep into her skin. It’s a moment forever captured, an iconic image that has come to define the horror and violence of the Vietnam War. Kim was left for dead in a morgue; no one expected her to survive the attack. Napalm meant fire, and fire meant death. But her story doesn’t end there.  Today you will hear the true story of how she found the answer in a God who suffered Himself; a Savior who truly understood and cared about the depths of her pain. Join us to hear a story of how God showed her His mercy and His love. 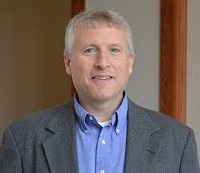 Paul Kengor is a professor of political science at Grove City College, visiting fellow at the Hoover Institution, director of the The Institute for Faith and Freedom and the bestselling author of numerous books  Dupes: How America's Adversaries Have Manipulated Progressives for a Century; God and Ronald Reagan; God and George W. Bush; God and Hillary Clinton; and The Crusader: Ronald Reagan and the Fall of Communism. His articles regularly appear in USA Today, the New York Times, and numerous academic journals. He is a frequent commentator on television and radio. He earned his bachelor's degree and Ph.D. from the University of Pittsburgh and his master's from American University. 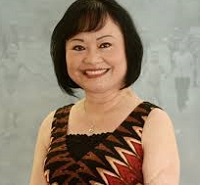 On June 8, 1972, during the Vietnam War, a little girl made world news when she was photographed escaping her Vietnamese village, which had been bombed with napalm. Nine-year-old Kim Phuc was so badly burned that she was not expected to survive, but after fourteen months in a Saigon hospital and sixteen skin-graft surgeries, she returned to her village to begin rebuilding her life. Today, Kim is the founder of the Kim Foundation International in Ontario, Canada, and a UNESCO Goodwill ambassador.