Hour 1: The Atheist Who Didn't Exist

Want to engage that atheist friend in your life? Today’s program is for you. We hear why lack of belief in God isn’t logical and learn how to engage and unpack the flawed arguments of unbelievers.  As the number of “nones” in this country continues to grow, it is imperative we learn how to defend what we believe and why we believe it.  Join us to learn how.

What does it look like to follow Christ under a communist regime? Today, we listen we hear the harrowing story of how one woman was kidnapped, beaten, and tortured under the brutal regime of a dictator. Hear the unforgettable account of one woman's search for truth, her defiance in the face of evil, and the surprise encounter years later that proves without a shadow of a doubt that nothing is impossible with God.

Dr. Andy Bannister holds a PhD in Islamic Studies from the London School of Theology. He has spoken and taught at universities across the U.S., Canada and the U.K. on both Islam and philosophy, and is an Adjunct Research Fellow at the Centre for the Study of Islam and Other Faiths at the Melbourne School of Theology in Australia. He is the author of An Oral-Formulaic Study of the Qur’an and currently serves as the Director for Ravi Zacharias International Ministries in Canada. 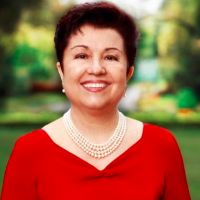 Virginia Prodan is an international human rights attorney, an allied attorney with the Alliance Defending Freedom, and a sought-after speaker. She was exiled from Romania since 1988 and currently resides in Texas.