Best of In The Market: Search and Destroy

Join us today as one of Washington’s top legal reporters reveals the massive funding, sophisticated organization, and fanatical zeal behind the campaign to stop Brett Kavanaugh’s appointment to the nation’s highest court.  The nomination of Judge Brett Kavanaugh—until that moment universally respected—sent some senators racing to the cameras to announce their opposition, while an armada of activist groups, fueled by “dark money,” launched a coordinated public relations assault of unprecedented scope and fury.  Today you will hear how Kavanaugh’s opponents, unable to produce a shred of corroboration, resorted to the court of public opinion, where the rules of evidence and standards of fairness favor the prosecution. 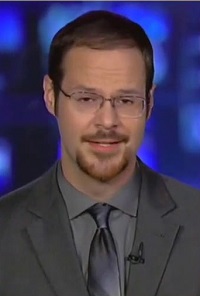 Ryan Lovelace covers legal news in Washington as the D.C. Business of Law Reporter at The National Law Journal, American Lawyer, and ALM Media. He previously worked as the Washington Examiner’s Supreme Court Reporter and has covered national political news as a Robert Novak Journalism Fellow at The Fund for American Studies, as a William F. Buckley Jr. Fellow in Political Journalism at National Review, and as a Student Free Press Association Fellow at The Weekly Standard. He is an Investigative Reporters and Editors award-winner.