Hour 1: The God Who is There

Born out of Christian radio discussions in the U.K., our guest joins us today to reflect on conversations he has had with Richard Dawkins, Derren Brown and many more.  He will explains why he still finds Christianity the most compelling explanation for life, the universe and everything. And why, regardless of belief or background, we should all welcome the conversation.

The New Apostolic Reformation (NAR) is a movement which seeks to establish a fifth branch within Christendom, distinct from Catholicism, Protestantism, Oriental Orthodoxy, and Eastern Orthodoxy. But does this movement move deeper into or further away from Scriptural Truth? Join us as we spend the hour with our favorite apologist as he explains the worldview behind this movement. 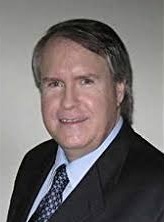