During this jammed-packed hour of radio, we will explore the headlines of the day following by a conversation about “bias response teams” on college campuses.  We round out the hour talking about China and the harvesting of human organs done under that regime.  Get ready to lengthen your prayer list!

What makes God stop and pay attention? The answer is great faith.  Whether it was a man with leprosy, a sick child, or a short tax collector sitting in a tree, they all had one thing in common—a burning desire to get God’s attention. Growing up angry at God and looking for an identity, our guest attended college and found the kind of faith that made him feel loved and centered for the first time in his life. Join us to learn what it takes to grab God’s attention. 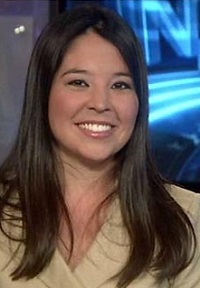 Nicole Neily is the president of Speech First, a litigation-focused campus free speech organization. She was the president of the Franklin Center for Government and Public Integrity, an investigative journalism nonprofit focused on highlighting abuses of power and government overreach in the states. She worked in the private sector as a senior vice president at Dezenhall Resources, a communications firm based in Washington DC.

Dr. Derek Grier is the founding pastor of Grace Church in Dumfries, Virginia, which began with 12 people and currently has over 5,000 members. His radio and television ministry reach millions around the globe. He is also founder of several educational training and outreach programs; including Virginia Bible College, Renaissance Leadership Network, Derek Grier E-Class, and Project Promise.