Best Of In The Market: Under Fire

Ambushed by the enemy, our guest, an Army ranger, mistakenly fired the shots that killed fellow soldier and former NFL player Pat Tillman. In the aftermath, he fought remorse, depression, addiction, and PTSD that claimed his marriage, his faith---and nearly his life. Discover how he ultimately found forgiveness. Don’t miss a minute of this riveting discussion. 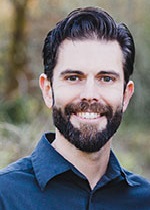