Hour 1: Fighting For Your Marriage

A home ripped apart by one spouse leaving reverberates with a host of unanswered questions. Simple answers don't exist heartrending complexities do. In the midst of the turmoil, reconciliation may seem out of reach. But there is still hope for those who are willing to fight for their marriages. Today, our guest will explore practical answers for men and women in the midst of a marriage crisis, guiding them step by step toward hope and a positive outcome, even when fighting for the marriage alone.

Join us for an all-news hour where we not only look at the headlines of the day but we examine the ever-changing policy on transgenders in the military. We also tackle the question of whether or not girls should be required to register for the military, just like boys.  We round out the hour by looking at the way children are used as part of a social experiment in a deadly game of identity politics. Don’t miss a minute of today’s broadcast.

Linda W. Rooks is the author of Broken Heart on Hold: Surviving Separation, and knows what it's like to fight for your marriage. She and her husband were separated for three years in the nineties. Today, not only is their marriage thriving, but together they lead a crisis marriage class in Central Florida. Linda's writings have appeared in many national publications, including Chicken Soup for the Soul, Focus on the Family, Homelife, and Today's Christian Woman. She is featured in Who's Who and has appeared on TV and radio across the North American continent.

Elaine Donnelly is founder and president of the Center for Military Readiness, an independent, nonpartisan public policy organization that reports on and analyzes military/social issues.  Since its founding in 1993, CMR has advocated for high, uncompromised standards in all forms of military training and sound priorities in the making of military/social policies.  Defense Secretary Caspar Weinberger appointed Mrs. Donnelly to the Defense Advisory Committee on Women in the Services (DACOWITS) for a three-year term. (1984–1986).  In 1992, President George H. W. Bush appointed her to the Presidential Commission on the Assignment of Women in the Armed Forces.  For a full year, the commission studied all aspects of issues surrounding women in combat in all branches of the service. Elaine Donnelly has also published articles on military personnel issues in the Washington Post, USA Today, the Boston Globe, National Review Online, the Washington Times, Congressional Quarterly Researcher, and the Naval Institute’s Proceedings. 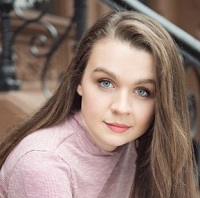 Madeleine Kearns is a William F. Buckley Fellow in Political Journalism at the National Review Institute. She is from Glasgow, Scotland, and is a trained singer.