Best Of In The Market: No Matter The Cost

Many know the heroic story of Jim Elliot’s violent death in 1956, killed along with four other missionaries by a primitive Ecuadorian tribe they were seeking to reach. Many also know the prolific legacy of Elisabeth Elliot, whose inspiring influence on generations of believers through print, broadcast, and personal testimony continues to resonate, even after her own death in 2015.  What many don’t know is the remarkable story of how these two stalwart personalities—single-mindedly devoted to pursuing God’s will for their young lives, certain their future callings would require them to sacrifice forever the blessings of marriage—found their hearts intertwined. Their paths to God’s purpose led them together. Don’t miss this riveting conversation about love, sacrifice and commitment. 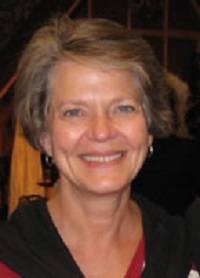 Born February 27th, 1955 in Shell Mera, Ecuador, Valerie was the only daughter of missionary parents, Elisabeth and Jim Elliot. They were missionaries to the Quichua Indians of the Amazon jungle. In January 1956, while attempting to reach the Waodani Indians (a primitive and savage stone-age tribe) with 4 other missionaries, Jim was speared to death. Elisabeth and Valerie continued to live with the Quichuas until miraculously they were invited to live with the Waodani tribe that had killed Jim. They lived with these Indians for 2 years in safety and contentment, as Elisabeth and another missionary, Rachel Saint, learned to speak the language and translated the story of Jesus to them. Most of them accepted the truth and said they would not kill anymore, and have not since that time.