This week on In The Market with Janet Parshall we winged our way to Scotland to get an apologist’s perspective on the headlines of the day. We learned how the story of Jesus raising Lazarus from the dead is a perfect vehicle to help parents explain God’s power over death. A Messianic Rabbi shared his testimony of faith and what it means to be a Jew who believes in Jesus and we heard from a doctor who explained how casual sex impacts both the brain and human development. And we learned how casual sex and pornography can have a long term effect on the brain. Now it is time for to weigh in on the big news stories of the week.

This week in radio we began with a discussion on how to biblically answer the questions/issues raised by Jehovah’s Witnesses. We learned how the age- old battle of the sexes is redefining today’s culture.  We brought you the highlights and special moments from the State of the Union address.  The daughter of Jim and Elisabeth Elliot joined us to share the love story of her parents and how God brought their paths together to accomplish a great work. Get your dialing fingers ready and join us today to sound off on the topics on the table. 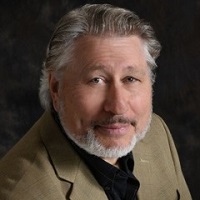