If Jesus was Jewish, why is there such a wedge between Christianity and Judaism? And why is history littered with casualties of this discord---from the early church through the Crusades and beyond? Our guest will unpack the causes of this tragic schism and point the way to healing through Jesus, the Lion of Judah and rightful King of all people

Hour 2: Hour 2:The State of Our Union

Last night the President told us the state of our union.  Today, we offer insight and analysis into what was discussed, ideas proposed and polling data that says what Americans thought of the speech.  Join us with your  thoughts as well. 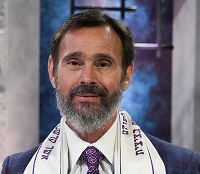 An international evangelist and messianic rabbi, Schneider serves as rabbi of Lion of Judah World Outreach Center (Columbus, Ohio) and hosts the international television broadcast, 'Discovering the Jewish Jesus', which is available seven days a week in more than one hundred million homes in the United States and nearly two hundred nations worldwide. Rabbi Schneider has authored several books: Awakening to Messiah, Do Not Be Afraid, Self-Deliverance, The Book of Revelation Decoded, Experiencing the Supernatural and this year, The Lion of Judah.