Hour 1: A Life of Impact

How did a young Jewish man rise to a place of influence and prominence in a pagan culture---and stay true to God? Exploring the choices Daniel made, our guest, a renowned Bible teacher, will unlock 20 secrets to a successful, steadfast, and godly life. Discover how to trust, obey, pray, worship, repent, practice humility and live courageously.

Hour 2: Prayer Requests From Around the World

Hear the ‘behind the headlines’ details on the latest trial of Pastor Andrew Brunson and then learn how to pray for the specific needs of countries around the world---from Bangladesh to Syria! Our guest, the global ambassador of the World Evangelical Alliance, will provide eyewitness accounts of unprecedented conversions as well as the persecution of believers and prayer "challenges" from local believers.  Great ready to lengthen your prayer list. 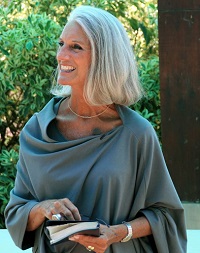 CeCe Heil is a Senior Counsel specializing in public policy and global legal matters including the United Nations. She heads a team of lawyers handling cases in defense of life, protection of US National Security interests and dealing with Islamic extremism.

Before joining the ACLJ, Heil worked in private practice in Missouri and Tennessee serving as counsel to many internationally recognized clients and is on the board of several national ministries. She is a recognized leader in her work to have pro-family, pro-life and pro-free enterprise policies enacted, including being a candidate for Congress. Her service and knowledge as a Constitutional scholar earned her the support of Sarah Palin and was one of a handful of candidates named as a “Mama Grizzly” by the former Alaska Governor.

Heil is a 1992 graduate of Regent University School of Law. She is admitted to practice in California, Missouri, Virginia, Tennessee, and before the United States Supreme Court.