Restoring the Lives of the Exploited

Human Trafficking is one of the oldest evils in the world.  Exploiting women, men, and children for profit is illegal.  When they are rescued, who cares for the legal consequences of the victims after they are freed?  Nate Knapper will introduce the exciting work of the Joseph Project - leveraging legal resources to restore lives shattered by exploitation. 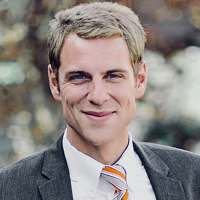 Nate Knapper is the Founder and CEO of The Joseph Project, a nonprofit organization that connects human trafficking survivors with pro bono legal services. As a federal law enforcement officer, he served on a Detroit-based anti-trafficking squad, where he investigated human trafficking and child exploitation matters. Nate formerly served as an Assistant Attorney General at the Michigan Department of Attorney General, where he worked as a member of the Michigan Commission on Human Trafficking. He is a member of the State Bar of California and the State Bar of Michigan.
He is a graduate of Calvin College, Pepperdine Law School, and the Straus Dispute Resolution Institute.