Have you ever considered that the field of economics points to the existence of God? Chuck Bentley of Crown Financial Ministries will outline how God’s economic principles, patterns and promises all reveal His sustaining power over creation. From your backyard garden to international affairs – it all points to evidence of our Divine Creator! 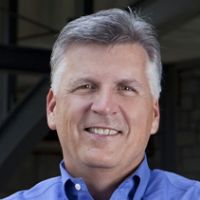 Chuck Bentley is a graduate of Baylor University and the CEO of Crown Financial Ministries. He has traveled throughout the world teaching biblical financial principles to the affluent, middle class, poor, and ultra poor. He is the author of four books, including his most recent: The Worst Financial Mistakes in the Bible, And How You Can Avoid Them. He is also executive director of the God Provides Film Learning Experience. These films are now in thirty languages with the potential to reach two billion oral and visual learners. Chuck and his wife, Ann, have been married since 1978 and have four sons and four grandchildren.