Have you ever wanted to throw a penalty flag on God because He seemed to make the wrong calls in your life? Ben Malcolmson was sure God made a mistake when he walked on to the USC Trojans football team. Fearing failure and filled with self-doubt, Ben learn to walk faithfully and discover God’s incredible game plan for his life!  Catch his inspiring story here! 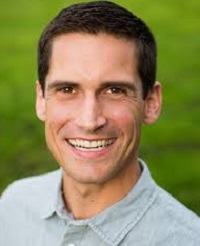