What if all the Biblical accounts of Jesus were destroyed?  Could we prove his existence just from historical records? As a former atheist and cold-case detective, J. Warner Wallace has investigated the life of Christ, based on the evidence from history alone. Find out how his discoveries led him to identify Jesus as the world's most important person of interest! 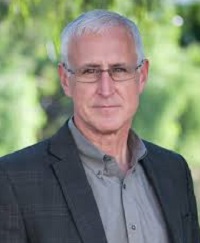 J. Warner Wallace is a cold-case homicide detective, Sr. Fellow at the Colson Center for Christian Worldview, popular national speaker, and best-selling author. Relying on more than two decades of investigative experience, Wallace provides the tools needed to investigate the claims of Christianity and make a convincing case for the truth of the Christian worldview.
J. Warner was a conscientious and vocal atheist until the age of thirty-five when he took a serious and expansive look at the evidence for the Christian Worldview and determined that Christianity was demonstrably true.  He has written several books including Cold-Case Christianity, God’s Crime Scene, and Forensic Faith.