Faith in the Public Square

Chris Brooks talks with a man who believes there is hope for America if Christians will carefully align our political views with Scripture rather than retrofitting our beliefs to fit our politics! He will also challenge our thinking about the redemptive role of faith in the public arena and the power of humble, authentic service to others. If you need some hope for our country, don’t miss Chris’s inspiring conversation with Gov. Bill Haslam. 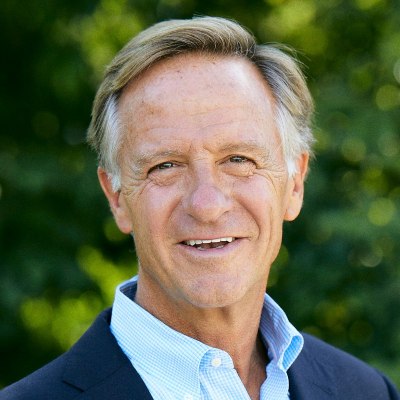 Bill Haslam is the former two-term mayor of Knoxville, Tennessee, and former two-term governor of Tennessee.  Haslam serves on the boards of Teach for America and Young Life. In the fall of 2019, Haslam became a visiting professor of political science at Vanderbilt University.  He and his wife of forty years, Crissy, have three children and ten grandchildren.