When is the last time someone insulted or offended you?  What was your reaction? As Christ-followers, are we entitled to be offended? Isn’t there such a thing as “righteous anger”?  Collin Lambert is sitting in for Chris Brooks and he welcomes popular radio host Brant Hansen to walk us through some of these questions and to dig deeper into this idea of letting go of offenses. It might just be the healthiest thing we can do. 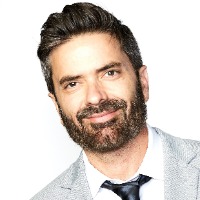 Brant Hansen is an author, nationally syndicated radio host, and advocate for healing children with correctible disabilities through CURE International. His podcast with his friend and radio producer, The Brant and Sherri Oddcast, has been downloaded millions of times. He's written three books: Unoffendable, Blessed are the Misfits and The Truth About Us. Brant has also written for CNN.com, the Washington Post, and numerous other outlets on matters as varied as public policy, culture, sports, Asperger's syndrome, and faith. He and his wife, Carolyn, live in South Florida.