Did you know that living a life with Christ is not a one-time commitment? In fact, it’s a series of daily choices, infused with the power of the Holy Spirit. Pastor and author James White reminds us of the keys to a dynamic relationship with Jesus in this confusing and hostile world.  If your Christian life needs a good dose of adventure and wonder, don't miss this edition of Equipped! 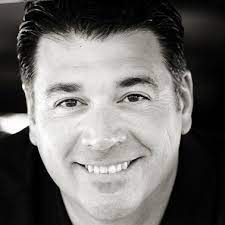 James Emory White is the founding and senior pastor of Mecklenburg Community Church, a suburban megachurch in Charlotte, North Carolina, often cited as one of the fastest-growing church starts in the United States. What began as a single-family has grown to more than 10,000 active attenders, 70% of whom were previously unchurched.  Former president of Gordon Conwell Theological Seminary, White is the author of several books, including The Rise of the Nones, Meet Generation Z, Rethinking the Church, The Church in an Age of Crisis, and Christianity for People Who Aren't Christians.