Single fathers must navigate their own set of unique challenges.  If you are a single dad, you know the fear that can topple your fragile confidence as you seek to parent your children alone. Robert Beeson of the Solo Parent Society joins Chris Brooks to help you find your footing and gain strength & courage to be the dad your child needs. 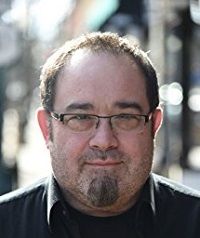 For years Robert’s career as a Grammy Award winning music executive and, by appearances, his family flourished. But what was brewing below the surface eventually claimed the intact family. Robert’s wife walked out leaving him to raise his three daughters on his own. Although this wouldn’t be the path that Robert would have chosen, the unexpected “God factor” of this journey altered his course and reframed his understanding of every aspect of life. Robert draws on his 8 years as a single dad in authoring a book called Going Solo and started Solo Parent Society whose purpose is to unify, equip and empower single parents. He attends Church of the City, Franklin and also heads up iShine, the world’s largest Christian tween media organization. Robert is now remarried and lives in Franklin with his daughters, 3 new stepsons.